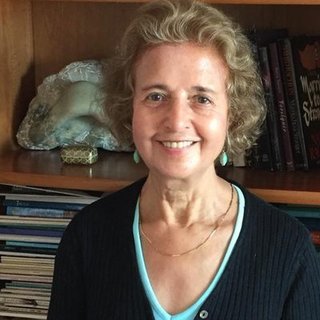 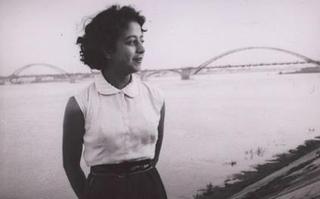 E-mail me with any questions: nahidr@rcn.com
For information about my upcoming courses and readings please click on "Teaching," and "Readings" buttons above.

BIO: Nahid Rachlin went to Columbia University Writing Program on a Doubleday-Columbia Fellowship and then went on to Stanford University writing program on a Wallace Stegner Fellowship. Her r publications include a memoir, PERSIAN GIRLS (Penguin), four novels, JUMPING OVER FIRE (City Lights), FOREIGNER (W.W. Norton), MARRIED TO A STRANGER (E.P.Dutton), CROWD OF SORROWS, a novella, (Kindle Singles), a short story collection,Veils (City Lights). Her individual short stories have appeared in many magazines, including Solstice Literary Magazine, The Virginia Quarterly Review, Prairie Schooner, Southern Humanities Review, Redbook, Shenandoah. One of her stories was adopted by Symphony Space, "Selected Shorts," and was aired on NPR's around the country and three stories were nominated for Pushcart Prize. Her work has received favorable reviews in major magazines and newspapers and translated into Portuguese, Polish, Italian, Dutch, German, Czech, Arabic, and Persian. She has been interviewed in NPR stations such as Fresh Air (Terry Gross), Poets and Writers magazine, Writers Chronicle. She has written reviews and essays for New York Times, Newsday, Washington Post and Los Angeles Times. Other grants and awards she has received include the Bennet Cerf Award, PEN Syndicated Fiction Project Award, and a National Endowment for the Arts grant. She has taught creative writing at Barnard College, Yale University and at a wide variety of writer's conferences, including Paris Writers Conference, Geneva Writers Conference, and Yale Writers Conference. She has been judge for several fiction awards and competitions, among them, Grace Paley Prize in Short Fiction, sponsored by AWP, Maureen Egen Writers Exchange Award sponsored by Poets & Writers,Katherine Anne Porter Fiction Prize, University of Maryland, English Dept, Teichmann Fiction Prize, Barnard College, English Dept. She gives readings and talks at a wide variety of places, including bookstores,  high schools, colleges, libraries.