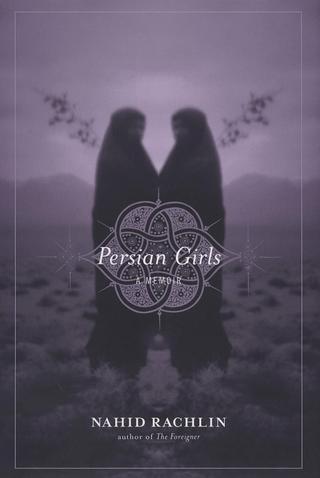 Excerpts from Reviews of PERSIAN GIRLS:

NPR: THE WORLD
Selected by Christopher Merrill, the Director of Iowa International Writing Program as one of the best four books of the year. "If you want to know what it was like to grow up in Iran this is the book to read. Rachlin, the author of five previous works of fiction, including the much acclaimed Foreigner, begins her story at the age of nine, when she was taken away from the only mother she had ever known—her aunt, as it happens—and returned to a family in which the prospects of her becoming a writer were, at best, dim. But her portrait of the artist in an Islamic country on the verge of dramatic change is filled with light."

Boston Globe:
"Persian Girls reads like a novel -- suspenseful, vivid, heartbreaking. In "Persian Girls, Rachlin chronicles her choices and those made by her sisters, her mother and her aunts, throwing the door to her family's home wide open. Readers who follow her through will be wiser, and moved."

Times Union, Albany, New York:
A poignant, beautifully written memoir… a fine, profound book. Each scene has the shapely aura of memory, hauled back from the deep by one telling detail. A haunting and moving story.”

Washington Post:
"Nahid Rachlin grew up in Iran in the days of the shah, and the details of her difficult life in this sorrowful memoir reflect the recent history of that conflicted country. The author recalls an idyllic early childhood, growing up with a widowed, childless aunt who considered herself Nahid's real mother. (In a story that could have come out of the Old Testament, Nahid's birth mother, who had four..."

The Plain Dealer:
In her frank, vivid memoir, PERSIAN GIRLS, Nahid Rachlin recounts her life in Iran and her close relationship with her sister, Pari… The stark differences between their lives, as well as Rachlin’s conflicting feelings about the United States, land of freedom but also of parochialism, make this account both riveting and heartbreaking.

More Magazine:
Rachlin’s sister who never knew life without a domineering father and strict Muslim cultural rules, ends up in a heartbreaking, arranged marriage, while Rachlin escapes to college in the US, becomes an admired novelist and writers this wrenching, beautiful story.

Brooklyn Today:
For those who have never been to Iran or who would like a firsthand account of the culture, Nahid Rachlin’s Persian Girls: A Memoir must be added to your reading list.
The book recounts significant aspects of the author’s life in her native country, Iran, and her later adaption to American culture with a focus on the relationships the author shares with other women in her life. As a young girl in Iran, Rachlin seeks to escape a repressive political atmosphere where women’s lives are held in the palms of men. When Rachlin gets the opportunity to study in America, she is overwhelmed with the thought of freedom. Yet, she soon discovers that she cannot run too far from her past... The emotional appeal and the lyrical language bring readers into a world where the author reveals her fondest memories and deepest pains. In addition, readers are given insight into the values and customs of a culture that many do not know firsthand.

Persian Heritage: Once again Nahid Rachlin has given her public a book that will place you at the end of your seat. It is entertaining, informative and interesting. The book is intriguing. Rachlin is a wonderful writer whose words easily paint an image for her readers.

Matt Beynon Rees, author of The Collaborator of Bethlehem and contributing editor, Time:
“Through the touching, tragic story of two sisters, Persian Girls unfolds the entire drama of modern Iran. It’s a beautiful, harrowing memoir of the cruelty of men toward women, and it paints the exotic scents and traditions of Tehran with the delicacy of a great novel. If you want to understand Iran, read Nahid Rachlin.”

Publishers Weekly:
"This lyrical and disturbing memoir by the author of four novels (Foreigner , etc.) tells the story of an Iranian girl growing up in a culture where, despite the Westernizing reforms of the Shah, women had little power or autonomy... Exuding the melancholy of an outsider, this memoir gives American readers rare insight into Iranians' ambivalence toward the United States, the desire for American freedom clashing with resentment of American hegemony."
***
DUST JACKET DESCRIPTION:
This beautifully written memoir by esteemed novelist Nahid Rachlin parts the curtain on one Iranian household—delving into the complex and fascinating dynamics of growing up female in a paternalistic society—as Nahid tells of the different paths taken by her and her sisters.
For many years, heartache prevented Rachlin from turning her sharp novelist’s eye inward: to tell the story of how her own life diverged from that of her closest confidante and beloved sister, Pari. As adolescents, both refused to accept traditional Muslim mores, and dreamed of careers in literature and on the stage; they devoured forbidden books and entertained secret romances. Their lives changed abruptly when Pari was coerced to marry a wealthy, cruel suitor who kept her a virtual prisoner in her own home. Nahid narrowly avoided becoming the bride of a man of her parents’ choosing, and instead negotiated with her father to pursue her studies in America.
As Nahid began to achieve literary success in the United States and to loosen family binds, Pari’s dreams dwindled: her husband quashed her every hope and ambition. When Nahid received the unsettling and mysterious news that Pari had died after falling down a flight of stairs, she traveled back to Iran—now under the Islamic regime—to find out what happened to her truest friend, confront her past, and evaluate what the future holds for the heartbroken.
Persian Girls traces not only Nahid’s life, but also the interconnected lives of her aunt, mother, and sisters, in a tale of crushing sorrow, sisterhood, and ultimately, hope.